Visible through glass walls inside and out on the street, Park Brewing's showcase brewery is a state-of-the-art system tended to by our in-house Director of Beer and Brewing Operations, Martin Eiler.

Martin was born in Bad Tölz, Bavaria near Munich, Germany. After he relocated to the States and graduated from The University of North Carolina, he started his career in craft beer as a server at Carolina Brewery. From there, he was eventually promoted to Head Brewer and went on to brew for Foothills Brewing and Highland Brewing Company. He left North Carolina in 2021 and moved to the Sunshine State for the emerging craft beer market. He found his home with us at Park Pizza & Brewing Co. just in time for Oktoberfest 2021. 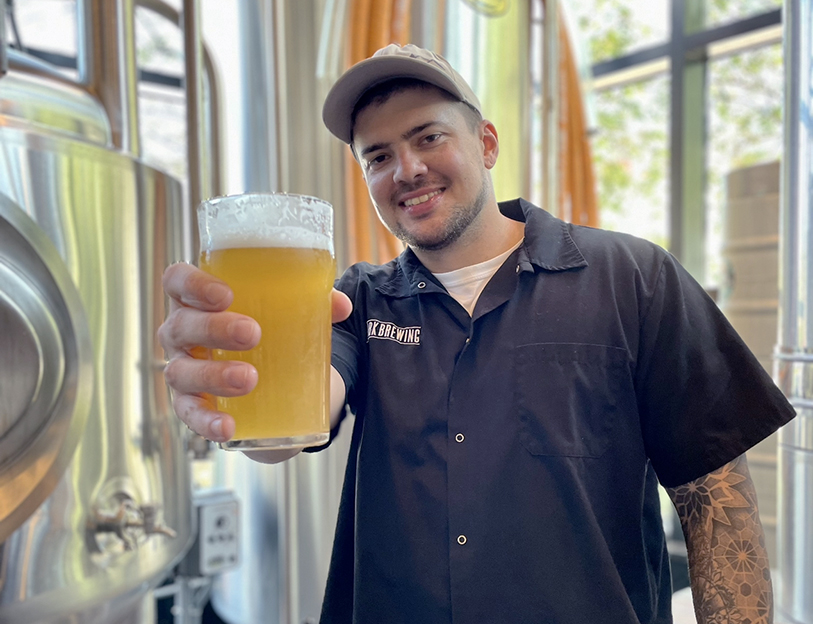